In Search of Self in the Dordogne

Previous Next
In Search of Self in the Dordogne 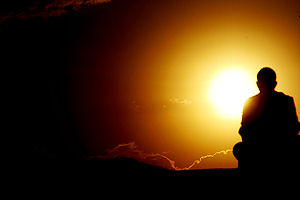 In search of Self is Intensive therapies for mind, body and spirit, for those who wish to effect positive change in their lives through Massage, Meditation, Counselling and Tai Chi.
The courses are run by Dave Tabb who we have known for many years. These courses are being offered exclusively at Le Chevrefeuille for one week stay incorporating a five day course and include counselling, massage, meditation and tai chi sessions.

Daves interest in the field of self development began some thirty years ago, when he started to learn the art of Tai Chi. In the West the art of Tai Chi is seen as a form of exercise, in the East it is seen as being a system, not just a martial art, designed to promote the accumulation and flow of chi. Daves instruction in meditation came from Tibetan, and Theravada Buddhist Monks. Both here in U.K. and in Malaysia.
Tai Chi was taught by Daves friend and teacher Lim Chong Watt (A former international Tai Chi judge, and President of the Malaysian Tai Chi Association) who to this day instructs him in Chi transference and the healing power of massage. Through the study of meditation it became a natural step to pursue the understanding of what it is to be human and the psychology of this. Through this interest he first volunteered and trained to be a Samaritan, he did this for some years, and later qualifiying as a counsellor with CSCT (Counselling Skills and Counselling Training). He qualified as a Humanistic Counsellor, and further to this he became a member of BACP, The British Association of Counsellors and Psychotherapists (www.bacp.co.uk). The largest professional body representing counselling and psychotherapy in the UK, which sets the standards for therapeutic practice.
Later through his interest in chi transference he trained and became a member of the Holistic Healers Association (HAA). During this period of development he has practised and taught Tia Chi in the U.K. and abroad. he was bereavement counsellor for a number of years and trained as a cancer counsellor.
Meditation and massage are both his regular practice. Through the study and practice of these therapies he became increasing aware of the health benefits of the flow of energy, between these therapies, which compliment each other perfectly and the accumative benefit of intensive, one to one, practice. This is the ISOS Approach.

Details and pricing can be found on the ISOS website at www.isosapproach.com